CLAY — For as long as Clay Town Supervisor Damian Ulatowski has served on the town board, local leaders have had a vision for White Pine Commerce Park on Route 31. With Micron Technology’s Oct. 4 announcement that the company will build a semiconductor plant on the site, that vision is becoming a reality.

“This site, as long as I’ve been on the town board, has been designated as a chip fab site, so my predecessors had this vision,” Ulatowski told the Star-Review.

Ulatowski said the announcement was a welcome October surprise.

“To be honest, I was a little bit stunned to have something of that magnitude all of a sudden fall into your lap,” he said.

As Micron builds out the site over the next 20 years, the town of Clay likely can expect plenty of new neighbors and new jobs.

“We should expect an influx of a few thousand people that want to make Clay their new home,” Ulatowski said. “We want to make sure that we … put our best foot forward with welcoming Micron.”

While Micron has brokered a 49-year PILOT agreement with OCIDA as well as breaks on state and local sales tax, the predicted surge in new homes and businesses will bolster Clay’s tax base.

“[These entities] will generate tax dollars — all supported by Micron itself because of the employment it will bring,” Ulatowski said.

The chip fab is expected to generate 9,000 direct jobs for Micron and 40,000 jobs in related industries.

The next step for Central New York is to figure out “how we can make this work with the infrastructure that’s already here,” Ulatowski said. The White Pine site appealed to manufacturers because of its proximity to the Oak Orchard Wastewater Treatment Plant, a National Grid power station and major highways like Interstate 81 and the Thruway.

Traffic is a challenge in the northern suburbs, where Routes 31 and 11 converge with I-81.

“Route 31 in front of the site is still a two-lane road, so I’m sure that’s going to have to be widened in the next couple of years,” Ulatowski said. “There are some tight points at the border between Cicero and Clay that will get mitigated at some point, but fortunately our county executive and the governor [have negotiated] $200 million in infrastructure improvements.”

Over the course of his career in Clay, Ulatowski has seen White Pine grow from 339 acres to nearly 1,300 acres as it waited for a tenant.

“A lot of the pieces are right there. We just have to dust them off and attach them,” he said.

Lysander Town Supervisor Bob Wicks shared his thoughts on the announcement that Micron Technology plans to build a massive semiconductor plant in Clay.

“I think it’s just a fantastic opportunity for us,” he said at the Oct. 6 meeting of the Lysander Town Board.

Micron plans to create 9,000 direct jobs with an average salary of over $100,000. The company projects an additional 40,000 jobs in related industries.

“You’re looking at a billion dollars of salary alone just from Micron. You add the other 40,000 jobs, it’s going to substantially change the complexion of Onondaga County,” Wicks said.

“My son had a number of friends that went to RIT [Rochester Institute of Technology]. Not one of them live in this community. This will offer an opportunity for those kids to stay in our community and make the type of living that they want to make and that they can make going to other cities throughout the United States,” Wicks said. 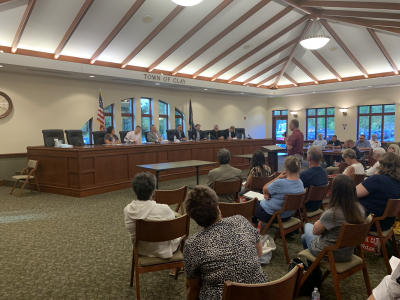 The Town of Clay is proud to be an efficiently run, electorate-driven, and well-operated municipality. 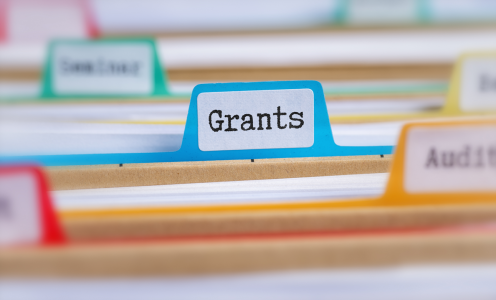 The Town of Clay actively pursues grant funding whenever possible, to move the community forward while saving taxpayers thousands of dollars.
Image Wednesday, October 19, 2022 - Members from Onondaga County, the Town of Clay and others gathered on Wednesday to celebrate the groundbreaking of J.W.