Several years ago, I accessioned a beautiful hand-made wooden lamp.  Attached to it was a piece of masking tape which read, “Charles Dence, 1920’s.”  There must be a story in this, I thought.  I approached Harry Dence, a member of my church.  He brought me Dence genealogy, other saved papers and another lamp, along with information.  Charles was his grandfather’s brother.  Charles’ story follows.

Charles Dence was born in the Town of Clay on April 3, 1865.  His father had already passed away and his mother passed away shortly after his birth.  Nothing is known about his first 11 years, but by 1876, he was helping drive mules on the Erie Canal.  From Buffalo to Albany, the boats carried lumber and it took ten days.  From Albany to New York they carried grain and it took only one day and one night.  In a 1939 interview, Charles recalled that once 80 boats were in tow, hauled by several steamers.  If the tide was against them, they made only one mile in five hours.  With the tide, they “zipped right along.”  On the lower Hudson River, the tide changes just like the ocean.  He notes, the canalers were a rough and tough bunch, always getting into fights on pay day.

In 1890, Charles married Edith Cooper.  They moved to Euclid in 1904 into the house next to the old Methodist-Episcopal church on Morgan Road.  His house contained many of the remodeling projects he has done over the years.  One is the cupboard the full length of the dining room which opens not only there but to the kitchen with drawers that pull out on either side.  For 12 years, he was a full-time carpenter and when that trade slowed down, he ran a thrashing machine for 12 years.  For 18 years, he was the Clay Highway Superintendent and for three years he worked for the State Highway Department.

Since Charles was interested in building things all his life, when he retired and had the time, his interest went to woodworking, mainly exotic woods and what to make with them?  Lamps were his choice with delicate inlays all made by hand.  Some of the woods he used included curly maple, curly oak, black walnut, basswood, chestnut, mahogany, red cherry and hard pine.  The inlays were worked into intricate shapes with complimenting colors.  Once complete. The lamps were varnished and waxed.  They are masterpieces, each one an original design.  At least 75 of these lamps can be found around town along with candle holders and other utensils.  It was an honor to be given a gift of a hand-made wooden item made by Charles.

Other interests during his life included the first car in Clay in 1900.  It was a Rambler with one cylinder, which he said didn’t live up to its name.  If it went 10 miles without trouble, it was just luck.  After that, he had a steamer and then a Model T which convinced him to also sell them.  Like most “old-timers,” he was an avid hunter, mostly deer and pheasant, plentiful around Clay.  After 40 years, Charles lacked the stamina for tracking.  He passed away in 1953 at age 88.  Edith had passed in 1939 at age 68.  They had had three children: Floyd, Myron and Laura.  If you are lucky enough to have one of his masterpieces, I would love a photo of it to add to my collection to display for everyone to see.  I do have three lamps. 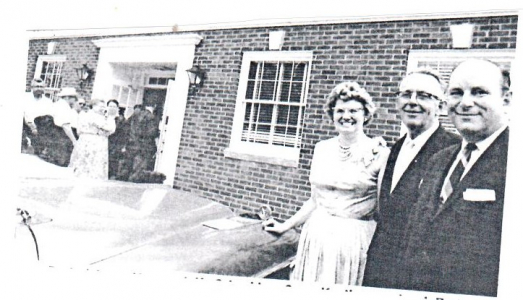 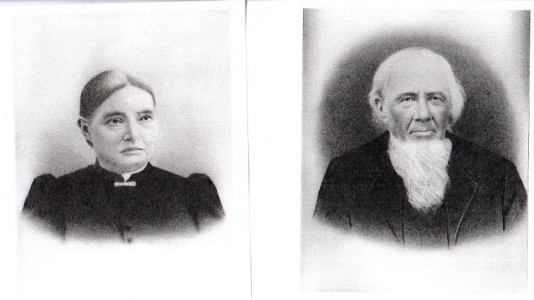 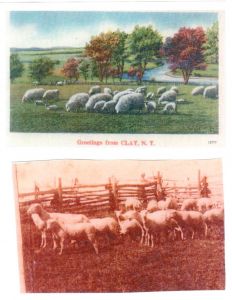